I could be paddling a rowboat down Market Street in San Francisco after the poles have melted, and there will still be conservative fanatics who deny that humans are responsible for Global Warming or that it is even real.

Why this stubborn refusal to acknowledge the most respected scientists on the planet in favor of studies funded by lobbyists and political organizations with obvious ties to corporate interests? I see four possible reasons:

1. They believe it, but don't care: These people are so attached to the wealth created by their surreptitious business holdings that they are incapable of concern for their less fortunate peers, other species, or future generations of humans. This would be very disturbing, because it would mean that a huge portion of our population is actually evil.

2. They are simply to afraid to face the truth: Like ostriches who hide their heads in the sand when there is danger present, their fear doesn't allow them to admit their impending doom.

3. They are racked with guilt: Perhaps they just cannot face the guilt associated with their participation in the destruction of thousands of species of plants and animals; the possible extermination of the human race (or at least our civilization); and the destruction of an ecosystem which is the legacy of every person alive as well as those not yet born.

4. They are just ignorant: This is not very likely, but maybe they simply lack the intellect required to process the information available and come to the obvious conclusion that most intelligent people came to, back in the early seventies.

Such foolishness reminds me of the catholic church's pathetic attempts at stifling any theories that threatened their geocentric model of the universe. Whatever the reason for this self induced ignorance, we must try to educate them of the truth however difficult that may seem. The next time you hear some uneducated hick exclaim, "Global Warming? What global warming? This was the coldest winter I can remember, so how can the planet be warming up?" or, "These are just natural fluctuations in the Earth's climate." Please speak up and explain to them that only religious fanatics who cling to the notion of creationism and a flat Earth still doubt the unfortunate reality of global warming. 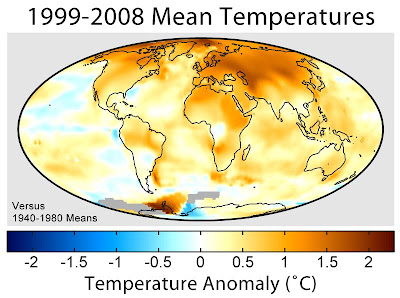 I liken our current situation to that faced by the inhabitants of Rapa Nui (Easter Island) before western explorers arrived to find them eating each other just to stay alive. The island was rich in resources, but its superstitious inhabitants squandered those resources trying to outdo each other by carving and erecting enormous stone monoliths which were meant to bring luck to their individual clans. Had they used those resources to build ships instead of statues, their culture may have survived and even flourished. Earth is also a remote island with finite resources. Our skyscrapers are our monoliths, our nations are our clans. If we don't stop our petty clan squabbles and get busy building space ships and space colonies, we may lose the opportunity altogether. Humanity may revert to an agrarian society only to be wiped out eventually when the Sun or a nearby star goes supernova; we are struck by an asteroid; or some other global catastrophe wipes us out. We cannot continue to allow the greedy, ignorant, and/or incompetent to exploit and squander the Earth's resources, which are the legacy of all life on Earth.
Posted by David Scott at December 02, 2009

Thank you for your comments!

Tulsi Gabbard is running for President and seeks the Democrats nomination. I feel she would be better received by the Libertarians but regar... 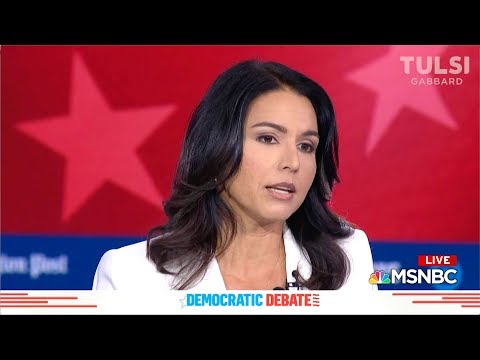 Please feel free to leave relevant links with your comments or posts. If you are interested in joining this blog as an author or need to contact me for any other reason you may do so here: Contact David Scott

This work is licensed under a Creative Commons Attribution-Noncommercial-No Derivative Works 3.0 Unported License